"This is a beautiful, charming and heartwarming book about Ms. Plum's friendship with an injured Canada goose. We highly recommend it!" Love Canada Geese

This story is simply hilarious! 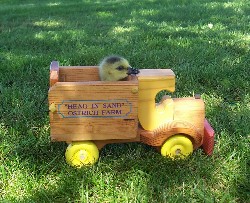 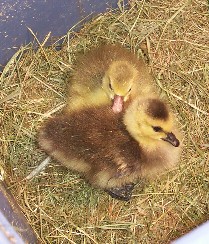 Dante and Louise
We read and researched everything on geese, both wild and domestic, and have taken the best possible care of our beloved geese. As much as I adore them, I have always hoped and planned that they could eventually join the flock next door, where we could continue to watch them and still have them in our lives. There is one large Embden who lives among them, and even two hybrids. I didn't think it was too far-fetched that they could be accepted into the group. 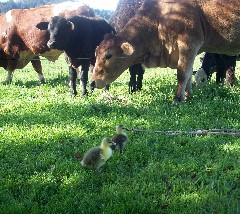 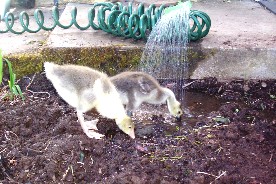 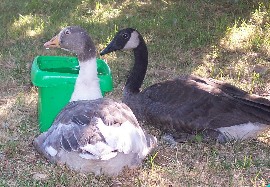 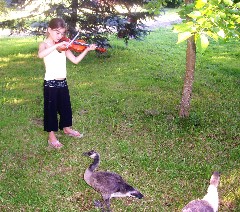 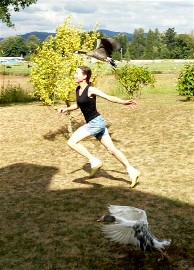 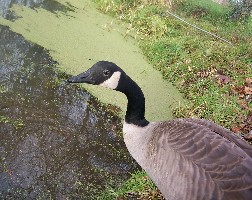 Dante by the creek in December
I've been willing to live like this, despite the time involved. I really think that in a year or two they might be more independent and take to a life by the water (rather than the front door or street). However, over the last three weeks Dante has become aggressive. He has viciously attacked my daughter, son, husband, friendly dog, cats, and a neighbor's three-year-old daughter.