"If you're looking for a heart-rending story about geese, read this book!" 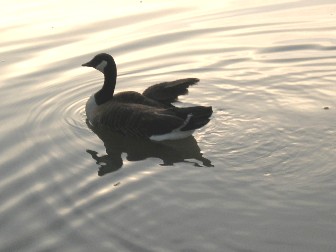 I have been feeding an injured goose for four years. I found her with a broken wing and attempted to get help from several sources but no one could help. Finally, someone told me it was too late to do anything because it had been more than a month since this goose, whom I've named Willie, had been injured. 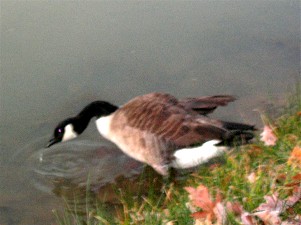 This magnificent creature has survived four years. I've fed her corn, grains, and oats and she is amazingly healthy. The only thing that breaks my heart is that every year I see her become friendly with a mate who eventually leaves her. It is so painful to see her alone at the pond during the sleet and snow. I would do anything to see if we could get her wing fixed to give her one last chance at flying.

This year, Sam, a wonderful gander has become attached to her and is very protective of her. I have prayed that he does not migrate and so far, it seems he will remain with her. I have seen him flying in circles over the pond calling to Willie, who is absolutely frantic to join him. I know Sam was trying to get Willie to fly and I thought that was the last I'd seen of him but miraculously, he is still here. That did break my heart and how I wish I could have her wing fixed. Sam is very protective of Willie and she can now sleep while he watches over her and she seems so much more relaxed and happy. What an angel Sam is. During the day, I see them on the side of the pond sleeping and preening so I know they're content.

February 2006: Sam is limping and obviously has an injury to his foot although he still occasionally flies. However, this upsets Willie so much that he is flying less and less.